Designing Trixie too some exploring as you can see what I first began with, evolved into a more refined and simplified version. 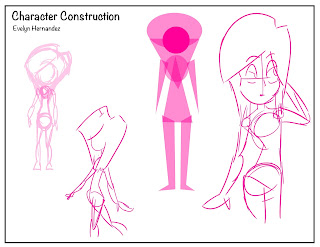 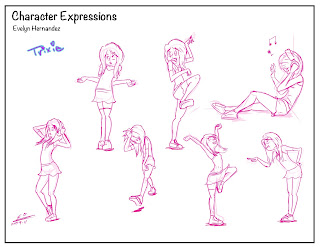 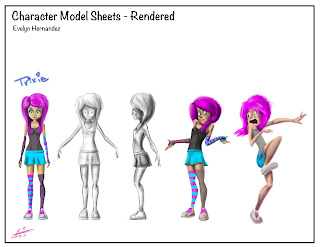 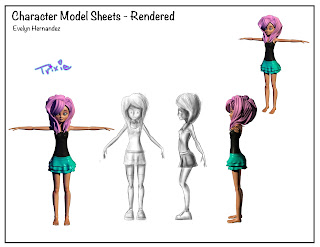 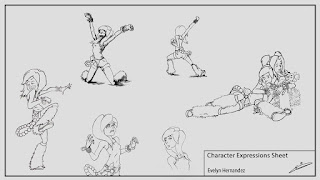 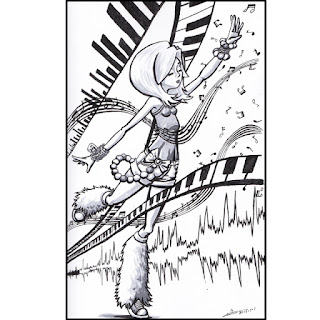 I began exploring styles for Trixie in 3D. It was until I knew I had to stay true to the hand drawn and digital designs that I would bring Trixie to life. The first few attempts were more explorative than actually trying to hit the style. Once I dove into the modeling and was firm on the idea that I would keep this character as light as possible was when the final design came to life. 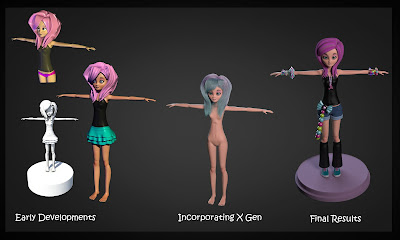 I explored the use of X Gen which I became very familiar with having used it for Trixie and Packie. Maya 2015 was the first year with X Gen as the new hair system which brought some bugs into my pipeline. Because of this I decided to go without the use of a hair system and count on only modeled hair. I went as far as incorporating a rigging system to test the deformation of the hairs on the rigged character which worked out well. 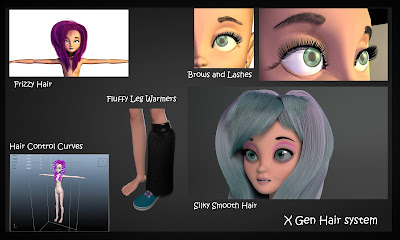 I began modeling Trixie as just a nude figure to then add clothing. From the designs you can see that I went through various changes and even rigged controls to be able to swap through accessories and clothing. The hairstyle was something that I really experimented with up until I found the results that I was happy with. I began with Xgen hair, and then continued to variations of mesh hair options that lead to her current style in the end. Xgen seemed to be a little buggy at times which was the main reason why I left that choice soon enough to not deal with issues later in the pipeline. 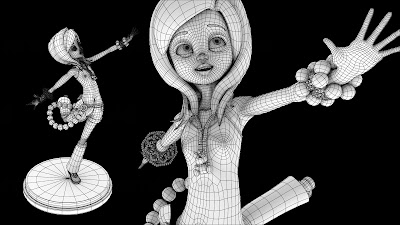 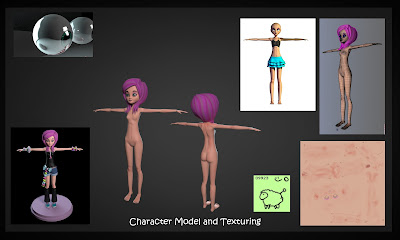 I designed Trixie's rig to be very simple, and easy to use. Using joints as the main rigging method I am able to get enough control through out the face and body to create the fleshy and cartoon styled shapes I desire. The skinning was an area I focused on heavily to create the best deformation possible without blendshapes.

In this test animation I was simply checking how cartoony I can push her for the style of animation I choose for the film. I was happy with the results even without using the bend controls.

As a study of animation I am replicating the animation from a shot in the film Storks in which Tulip is cheering her self on having touchdowned a letter into a machine, animated by Paul Pammesberger. It's my favorite shot in the film ha (-'v'- )

Posted by Evelyn Hernandez at 10:15 PM