Character Design
Packie's early designs definitely show, that his name wouldn't of been Packie then haha. Maybe more like "Jackie". The idea slowly continued to progress as I figured what would make a better partner for Trixie as far as getting along and also having a deeper and more comical relationship. 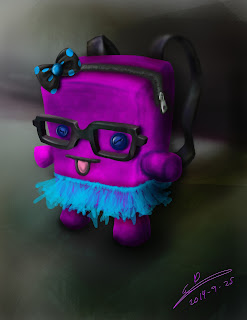 Render Tests
Early renders to test out Fur and Hair combinations. The Fur option here was actually quite nice, but then after perusing the need to right Packie, I went for the simpler flat look. 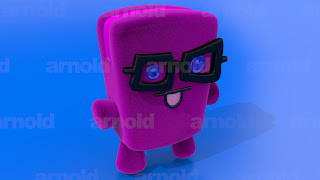 Character Rig
A very simple yet versatile rig. All controlled by a IK bone system. 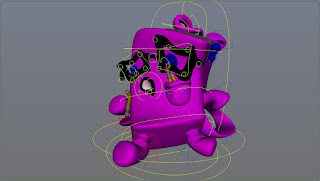 Character Model
Final Still Render. One goal in mind with this character was to also keep in mind of pushing and seeing how much personality I could pull through just one posed render. 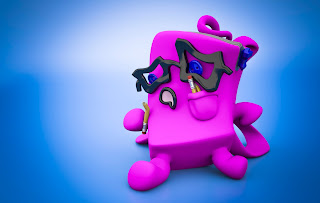 Turn Around
The final product for display in a reel. Topology came out great and as a rig he is fully capable of expressing well.


Posted by Evelyn Hernandez at 4:51 PM